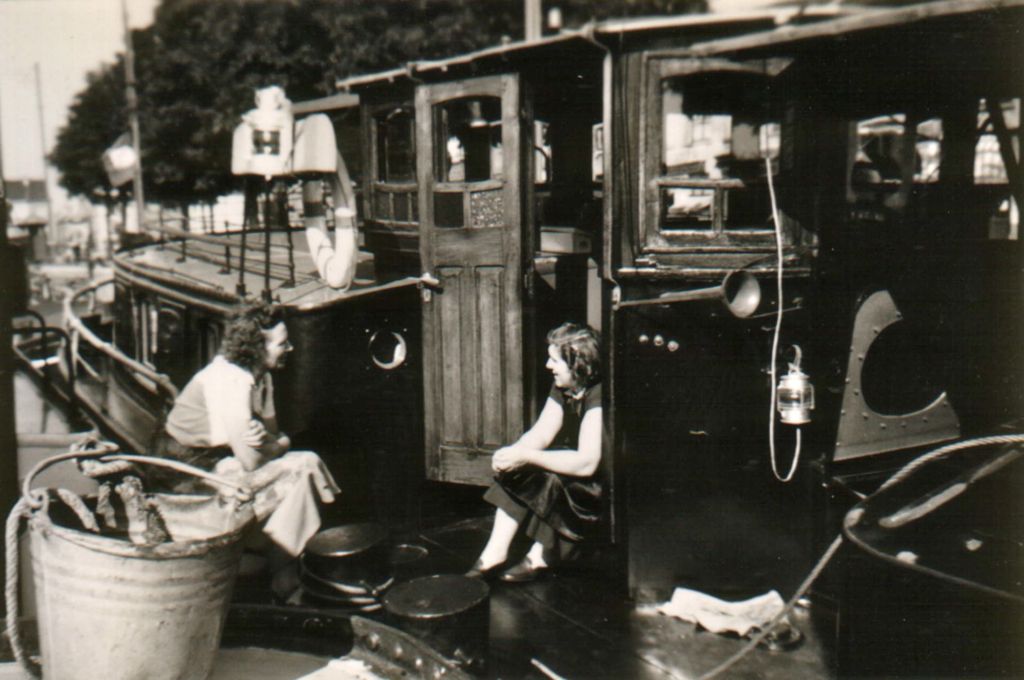 Essex is a dry-cargo ship of the type Spits (Peniche for French speakers). Dimensions 38.87 x 5.04 make this ship suitable for the entire, widespread, Freychinet navigable network of France, all the way to the Mediterranean sea.Built in 1929 at shipyard Hellemans in Boom.  When built equipped with a 80 hp two-cylinder Hollandia hot-bulb diesel engine. The ship was built for the family Haentjes from Ghent, who also owned the “Sussex” and “Exeter” All three ships were named after (war) ships that had been sunk. This superstition (they surely won`t sink a 2nd time) is often seen (Titanic, Andrea Doria, Torrey Canyon are other popular ships names). The ship was later navigated by wage-earning bargeman, Hendrik Koudenburg (his wife is aunt Bets, right on the picture). He wrote a book about his life, which among other things is about that period.

His talent for writing  gives  much room to bargain, but it’s a great piece of history: “Eb en Vloed” . 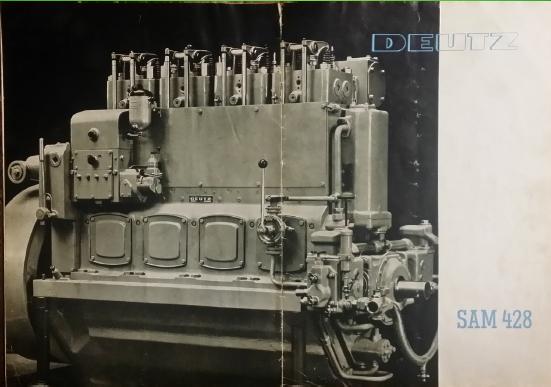 The Hollandia was exchanged in 1957 for a Deutz SA4M428 of 150 hp, with the idea to conquer the Rhine. Thery even, in supreme optimism, fitted a big extra bollard on the aft of the ship  to tow a trail.

The afterpart was at that time rebuilt substantially , the wheelhouse was enlarged, the galley disappeared and made way for a modern deckhouse. the last real bargeman on the ship before we bought it, was Lidoir Bal,who sailed the ship with Louise Puylaert until about 1980.

In my time there were still some technical improvements implemented as a becker-rudder, autopilot, the coaming  was raised, a loading crane for the car was fitted. The Deutz still runs fine after all these years.